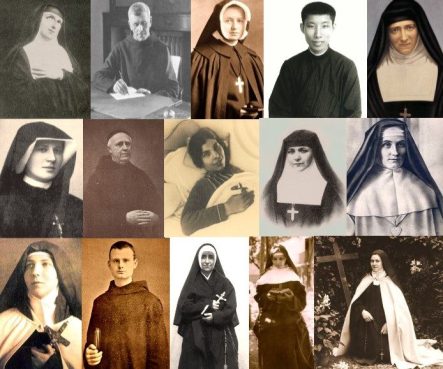 Why such a Calendar?
To encourage devotion to some of the “littlest souls” mentioned in the previous post (novenas, spiritual reading, spiritual friendship, etc.). Why? Because most of us are very weak and imperfect souls, and these holy souls can help us in different ways to attain a greater union with God. It is no coincidence that, in recent times, God has raised up so many souls that speak of littleness, abandonment, confidence, Divine Mercy, etc.

The following dates are included:

[If you see anything that needs updating, please let me know!]

8 thoughts on “A Calendar of the Littlest Souls”